This video will warm the cockles of your heart. It is of a special birthday ceremony held for Maj. Bill White, who happens to be, at the age of 105, the oldest living United States Marine.

He is dressed in his class A, dress Blues as he sits on the edge of the street watching and waving at the local police cars and friends and family members as they pass in front of him. At 105 years of age, he still looks great in that uniform.

When asked how he feels by a reporter, he responds with a sly, “Feel just as good as I was at 104.” 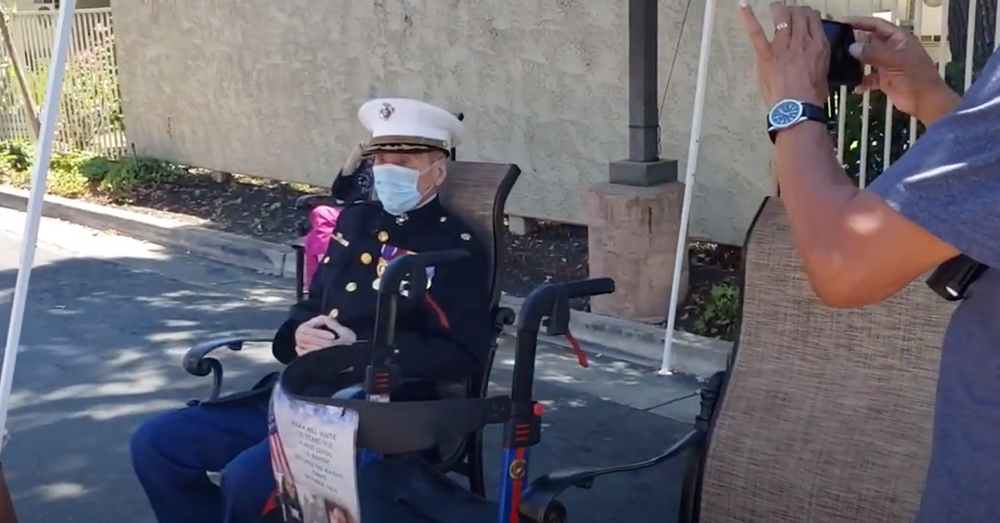 White served in the United States Marine Corps for 30 years, achieving the rank of major. He fought as a Marine in Shanghai before WWII when the Japanese invaded there. During WWII he was involved in many of the island battle in the Pacific and was wounded by a grenade on Iwo Jima. He recovered and served out the rest of his 30 years in the Corps. 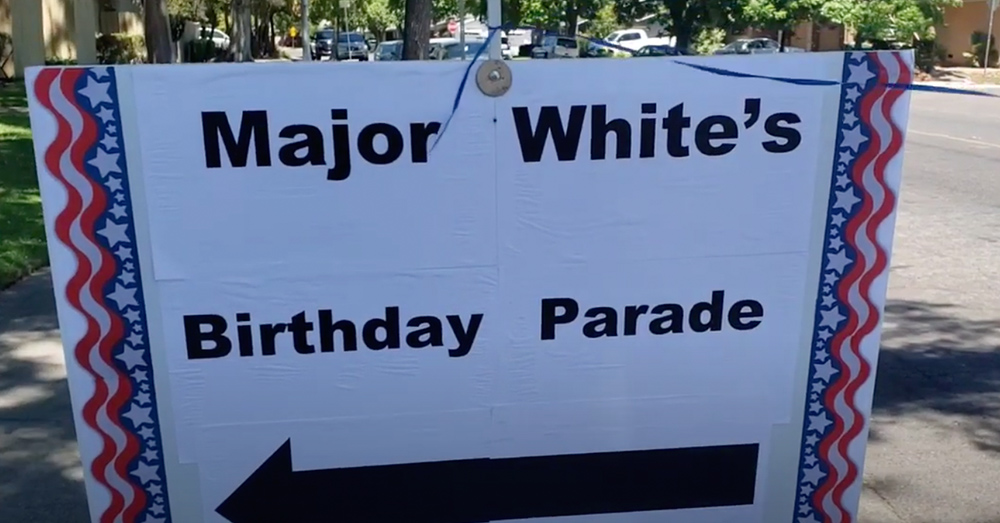 Source: YouTube/
The Record (Stockton, CA)
This way to the party! 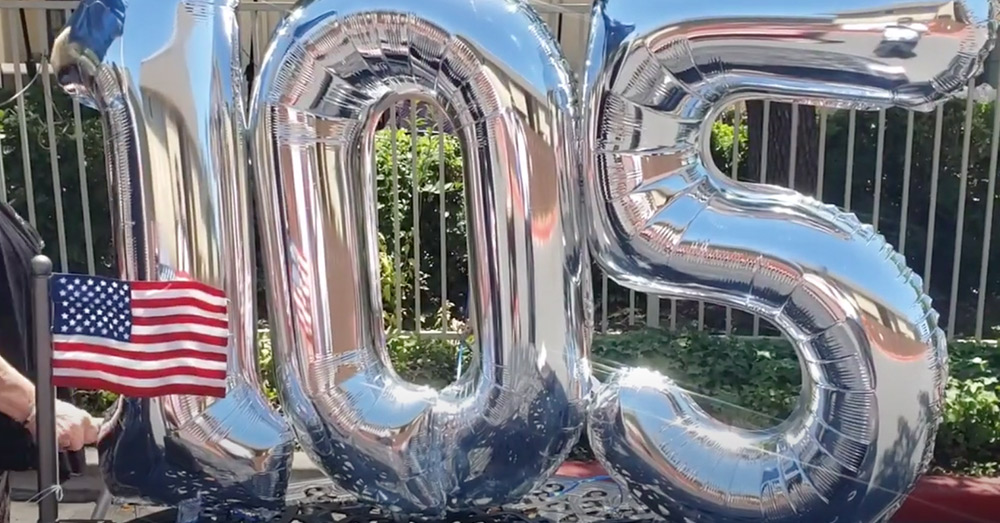 Source: YouTube/
The Record (Stockton, CA)
The Major celebrated his birthday with family, friends and neighbors from a distance.

You may remember that last Valentines Day, a video was posted of Maj. White. He lives in a nursing home in Stockton, California and in the video he asked for some Valentines greetings in the mail. He would eventually receive more than 500,000 such greetings as a result. Even getting one from the President. 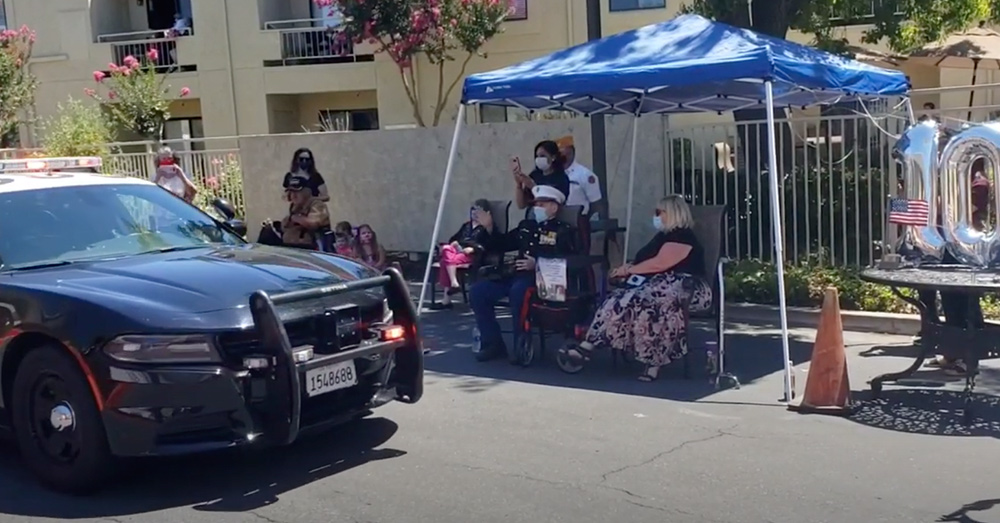 Source: YouTube/
The Record (Stockton, CA)
The Major’s community drove by for the impromptu birthday parade.

White keeps his mind sharp by reading a lot. My kind of guy! When asked what his future plans are he says simply, “I’m planning on number 106. One at a time.”

The Veterans Site sends its birthday greetings to Maj. Bill White as well. We thank you for your service to the nation in the United States Marine Corps and honor your 105 years of life with us. Semper Fi, Maj. White! OoRah!