Kris Morgan was medically discharged from the Air Force in 2001. Injuries he sustained four years prior while serving in Afghanistan left him vulnerable to heart attacks and seizures.

He returned home from service with injuries he will never fully recover from, along with the invisible scars of PTSD, but he has never lost his sense of duty and patriotism.

“My military career was cut very short,” Kris told KFOR. “I spent about ten years in depression. Warriors for Freedom helped save my life, and now I just devote my time to give back to veterans. It’s my duty.”

From his home in Oklahoma City, Morgan has been making keepsakes for other veterans and letting his compatriots know they have not been forgotten. Morgan has so far made hundreds of wooden American flags for vets in all 50 states. 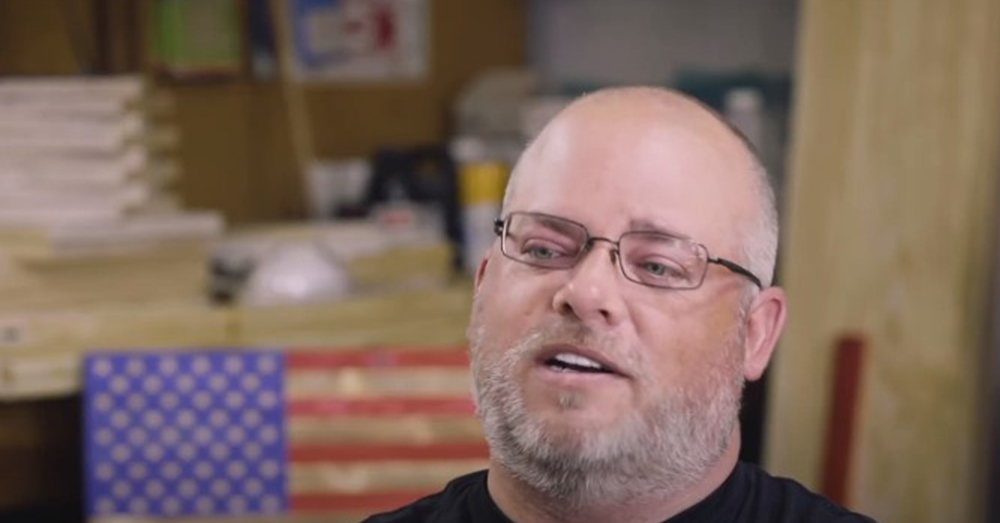 As KFOR reports, the operation grew from a single flag Morgan initially made for himself.

“I couldn’t keep it because a veteran wanted it,” Morgan said.

He gave that one away, and every one since. 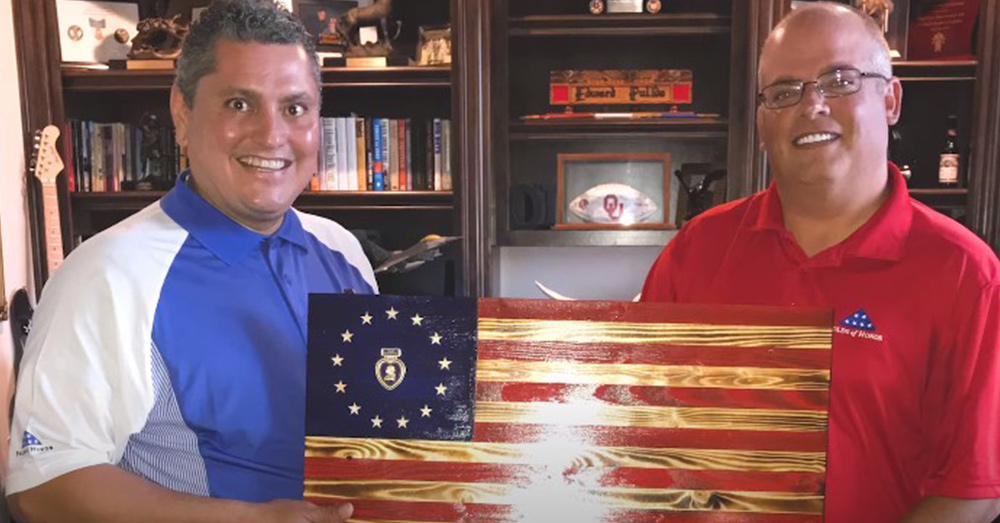 Source: YouTube/Sociallutions Media Group
Morgan set a goal of making a wooden flag for veterans in all 50 states.

It takes Morgan about 10 to 15 hours to make each flag. He cuts the wood, shapes and stains it, and signs every finished piece with a wood burning pen.

One of those flags was acquired by 14-year-old singer-songwriter Maddox Ross. Ross sang the National Anthem at a charity auction event for Folds of Honor, a nonprofit that provides “educational scholarships to spouses and children of America’s fallen and disabled service-members.” 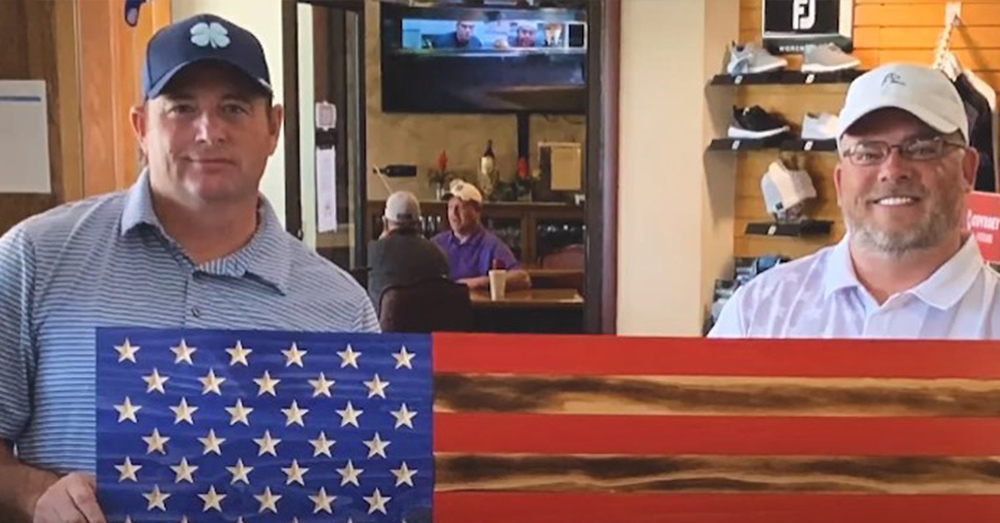 Source: YouTube/Sociallutions Media Group
It takes about 10-15 hours for Morgan to make a single flag.

“We had a cool auction, and I just looked at the flag and I said, ‘Holy moly, this thing is so cool!’ I said, ‘I just have to have this,’ and my dad got it,” Maddox told KFOR.

Maddox’s father, an Air Force veteran, won the auction for the flag. The proceeds went to support someone’s path to a brighter future. In return, Maddox nominated Morgan for a community award that came with a $400 prize.

Morgan was surprised, to say the least. His eyes began to well up with tears.

“I’m a hugger! Wow, thank you so much! I’m speechless,” he told Maddox. “The kid being 14 years old, it’s amazing the heart that he has.” 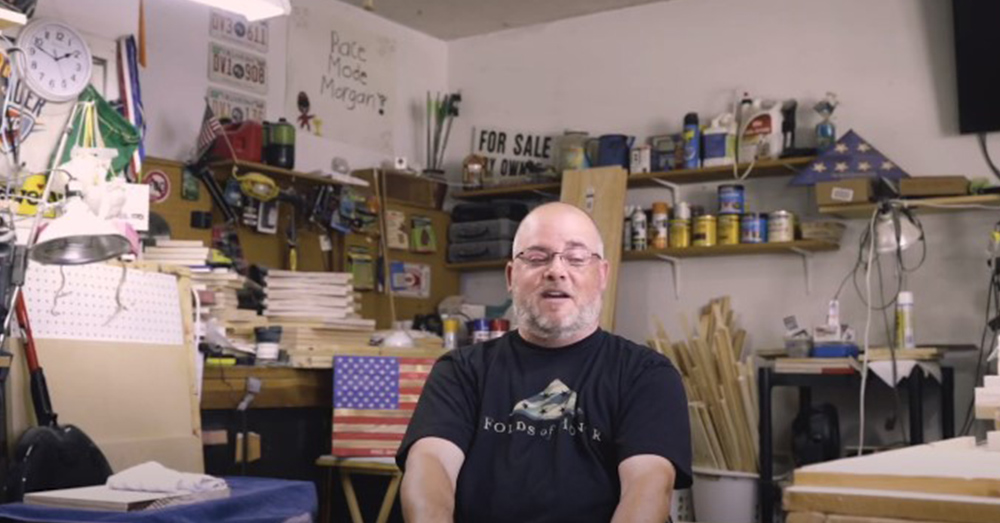 “Man, I just gotta tell you, I love what you do for all these veterans and charities, and you’re a guy that I can see being a great friend for the rest of my life,” Maddox replied.

In fact, there are many times that veterans like Morgan are in need of a good friend. The effects of PTSD and traumatic brain injuries suffered during service all too often result in lifelong depression and suicide. Currently, as many as 22 veterans a day take their own lives.

Morgan, by diverting his energy into giving back, has found a way out of the darkness of depression and anxiety. He hopes his flags will do the same for others, too.

Meet The 99-Year-Old US Navy Code Breaker Who Helped Us Win WWII: Click “Next” below!