Navy Capt. Eugene “Red” McDaniel knows the meaning of some of life’s most difficult realities: loneliness, fear for one’s life, immeasurable adversity, unspeakable suffering and survival against the most difficult of odds.

In May of 1967, McDaniel was flying yet another bombing mission over North Vietnam. It was in fact his 81st such mission. His aircraft was struck by a missile and began to tumble out of the sky. He and his back seat navigator both ejected from the falling plane and floated down into the jungle below.

McDaniel broke a couple of vertebrae in his back and was in great pain, but was able to get and maintain contact with other pilots flying overhead. He thought he would be rescued soon, but it was 26 hours later when North Vietnamese troops found him and he became yet another POW. 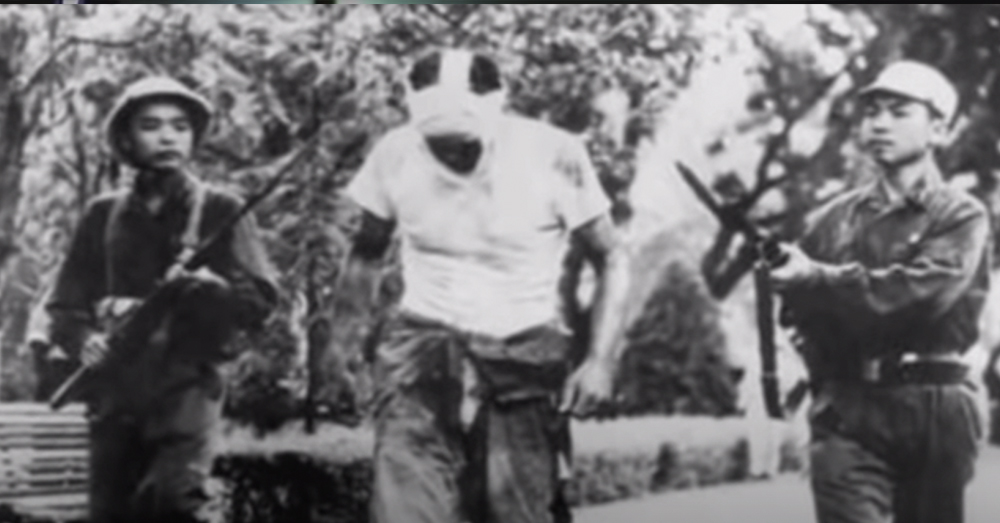 His story as a POW was much like all the others that were held by the North Vietnamese. In the first days, he was dragged through hostile crowds, had stones thrown at him and was struck with fists and sticks repeatedly by both his captors and the angry crowds. He was soon taken to the Hanoi Hilton where he finally saw the faces of friends he had known from earlier days in the Navy.

You will hear some of the story of the treatment he experienced under his captors in this video. All of the POWs shared in these same experiences, but it is McDaniel’s inner story that you will find most interesting and most inspiring. 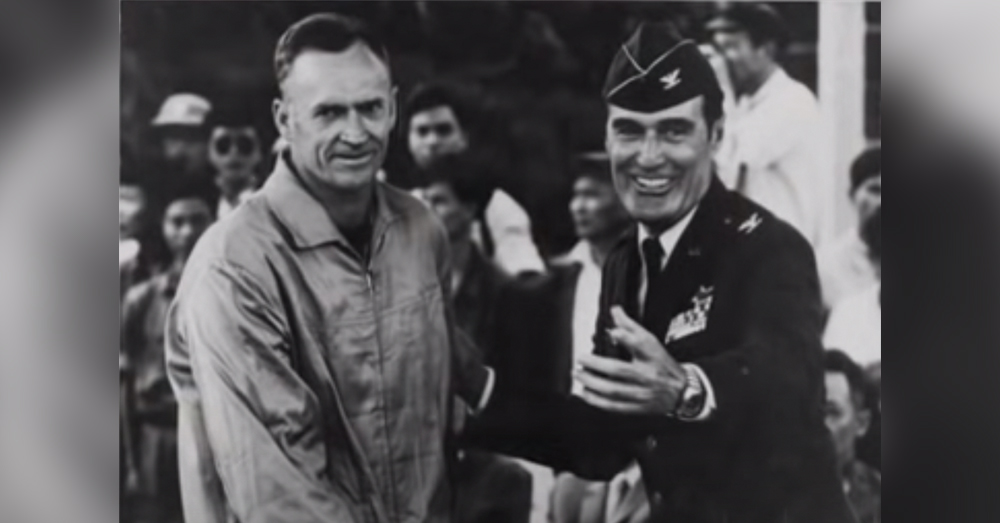 McDaniel shares a very important message in the middle of the video that is worthy of our own serious contemplation during our own struggles in life. He says, “The enemy can’t take away your will to live or your faith.”

Indeed, McDaniel was known among his fellow POWs as the “cheerleader” and the “chaplain” for his constant encouragement of the others and for his own personal modeling of that will to live and undefeated faith. 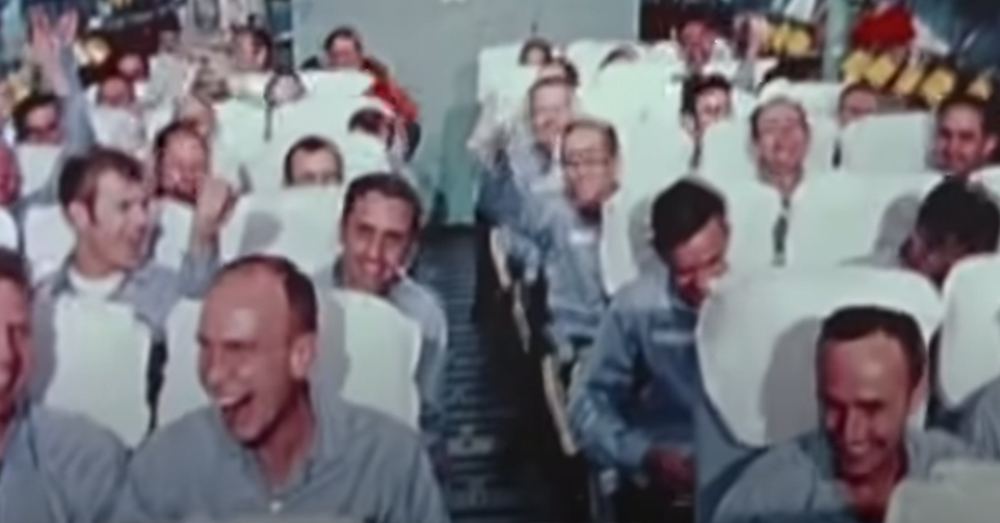 It is hard to imagine the kind of fear and life-threatening moments these POWs experienced. Most of us lead entire lives without ever being challenged with these kinds of realities. Thank God. But for McDaniel and all the other POWs this truth was the difference between their own personal sanity and their ultimate survival in those POW camps.

It is true hat the arrogance of the torturer is always conquered by the unquenchable will to live, but more importantly, by a living faith. McDaniel speaks about both in this brief video. His faith was his greatest strength, even when he felt he had nothing left to give. 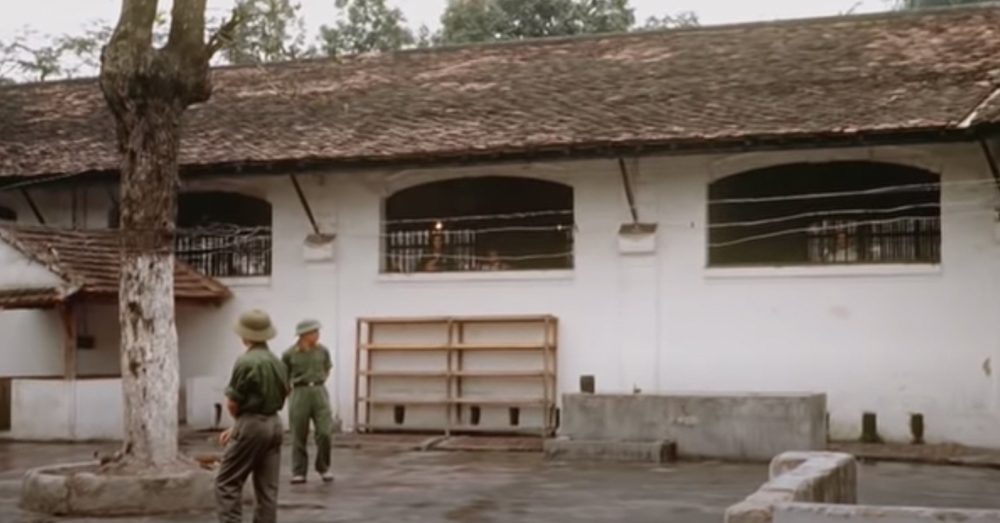 This noble man puts it this way, “Courage is not the absence of fear; courage is the presence of faith.”

In January of 1973 the Paris Peace Accord was signed and on March 4, 1973, after 6 years as a POW, McDaniel and several of his fellow POWs were finally released from their long captivity and came home. He will describe the feelings they all experienced very clearly here as well. 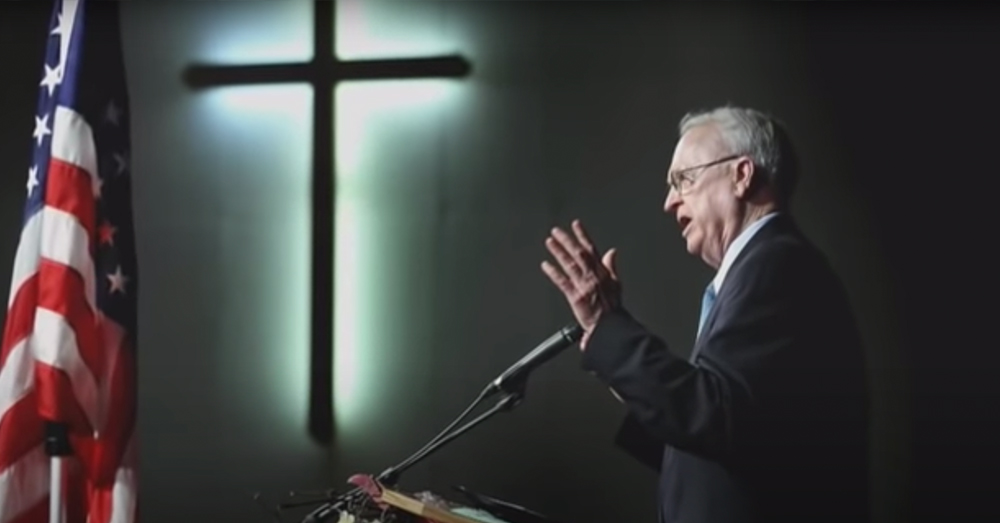 Source: YouTube/
U.S. Dept. of Veterans Affairs
McDaniel came home to live a fruitful life and share his story with others.

McDaniel remained in the Navy after he came home and he would also write a memoir of his experiences as a POW titled, “Scars and Stripes.” He became and remains very active in the efforts to find all of those still listed as Missing In Action (MIA).

Capt. “Red” McDaniel was awarded the following medals for his actions and courage on several different occasions while held as a POW in North Vietnam:

The Veterans Site sends its deepest thanks, respect and honor to Capt. Eugene “Red” McDaniel for showing us the meaning and the value of faith, courage, and the will to live. You were an inspiration to your fellow POWs and you remain so today for all of us. Thank you for teaching us that when the storms of life come, you can not only survive them, you can, “learn how to dance in the rain.”

We wish you continuing, “Fair Winds and Following Seas.”

FedEx Employee Goes The Extra Mile (or 1,200) To Ensure Veterans...