Ever dream about being a firefighter when you were young?

It’s safe to say some may have turned that dream into a reality, and for that service, we cannot thank you enough. Not everyone has the courage, determination and willingness to put their own lives on the line like firefighters in any city are expected to.

For those of us who chose a different career path, this video provides a close approximation of what a firefighter may be exposed to when they rush into a burning building.

First posted to Reddit by u/thorr26, “Firefighter POV” is about as close as you might want to come to a fire-ravaged building without protective gear and adequate training. The firefighter who recorded this footage has experienced this kind of situation before, and begins spraying water into the structure with efficiency. 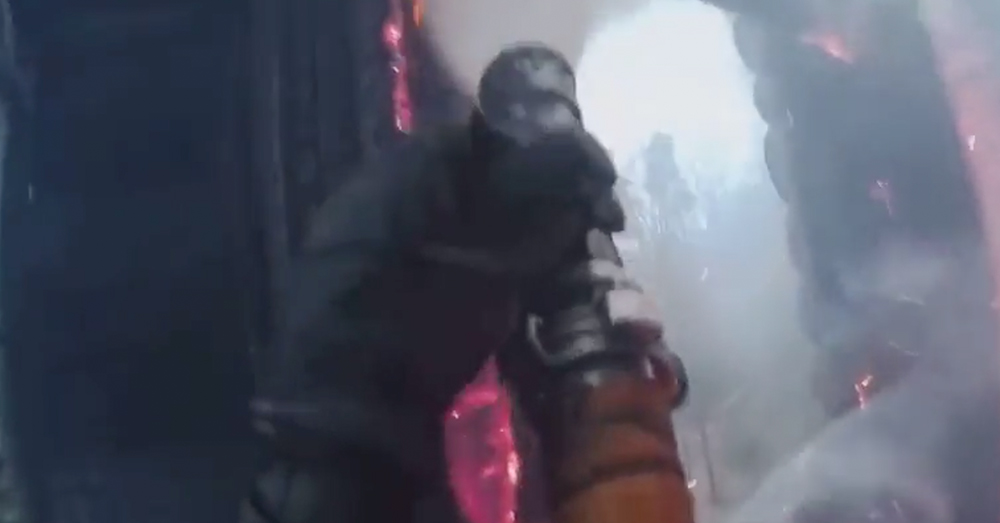 Source: Reddit/u/thorr26
The firefighter arrives at a window to survey the scene. 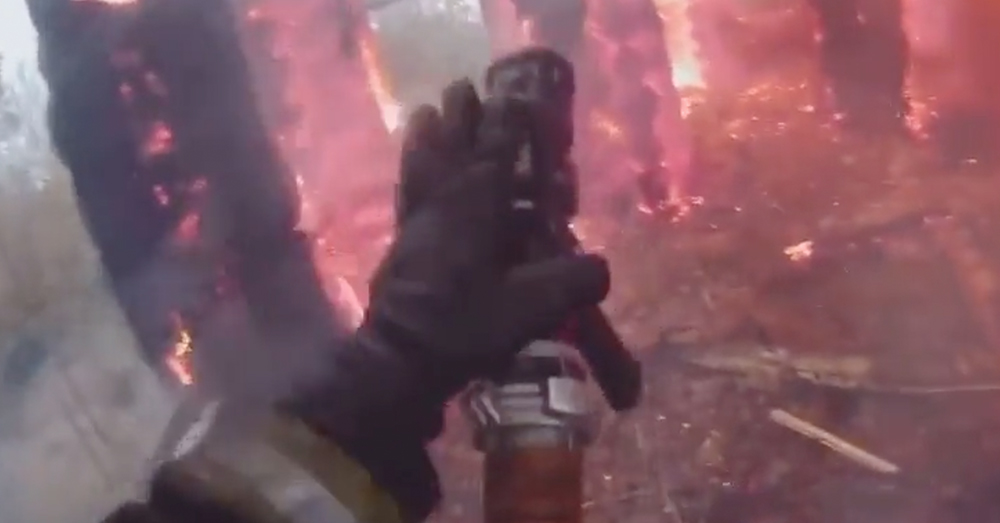 Source: Reddit/u/thorr26
This house has been ablaze for some time, and the structure is failing.

The high-pressure spray is targeted at load-bearing columns in the log cabin first, presumably to reduce the chance of a collapse. After that, the firefighter moves on to the brightest parts of the fire, where the cabin’s walls glow a bright white and orange at hundreds of degrees.

“This looks both satisfying and terrifying at the same time,” wrote Redditor u/KawaiiPotatoCult 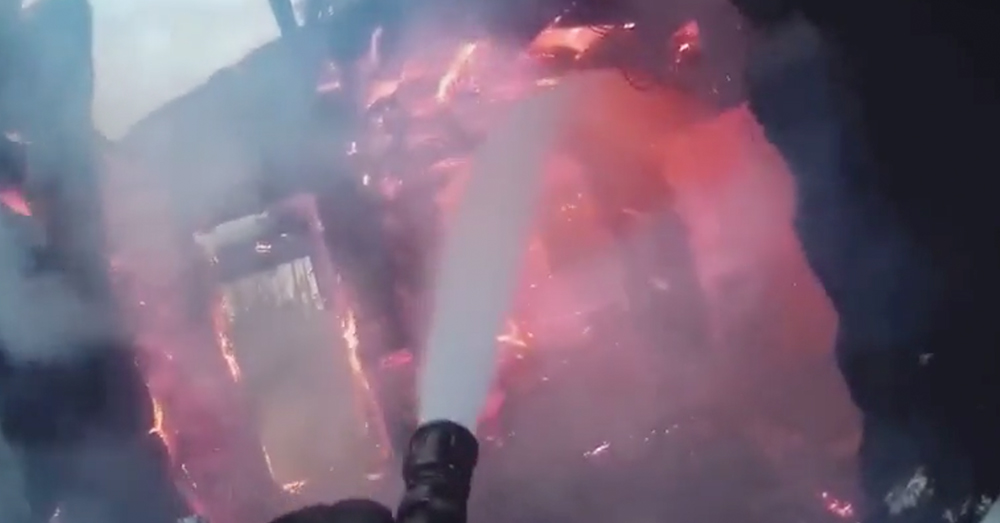 Source: Reddit/u/thorr26
The firefighter directs high-pressure spray at the fire.

One Redditor asked why the cabin, a complete loss already, wasn’t lust allowed to burn down.

“If the risk of injury becomes too high for no beneficial outcome of reducing property damage, they’ll usually call off the attack and move to drowning it from a distance,” replied u/nhfirefighter13. “Used to call it ‘saving the basement.'”

“Very valid question it doesn’t look like much of anything is left anyways that isnt going to just turn into charcoal pieces the second a strong breeze passes through?” asked u/KissCassRae. 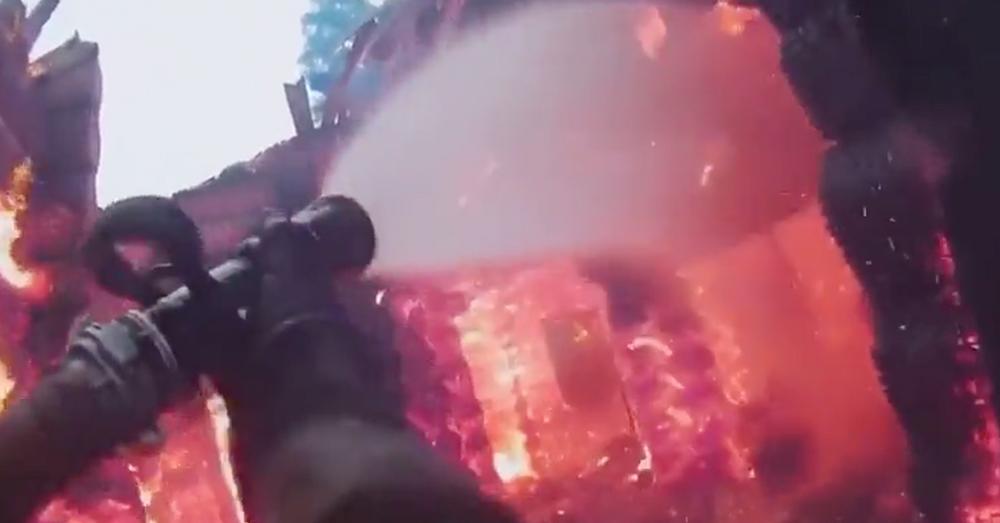 Source: Reddit/u/thorr26
Up close, yet remaining at a safe distance, the firefighter cools the embers of the building.

A professional fire investigator with the International Association of Arson Investigators chimed in.

“The answer that was not mentioned is that an investigation needs to be done with the house. A lot more can be done during the investigation with a shell of a house rather than a pile of ashes,” wrote u/inspectcloser. 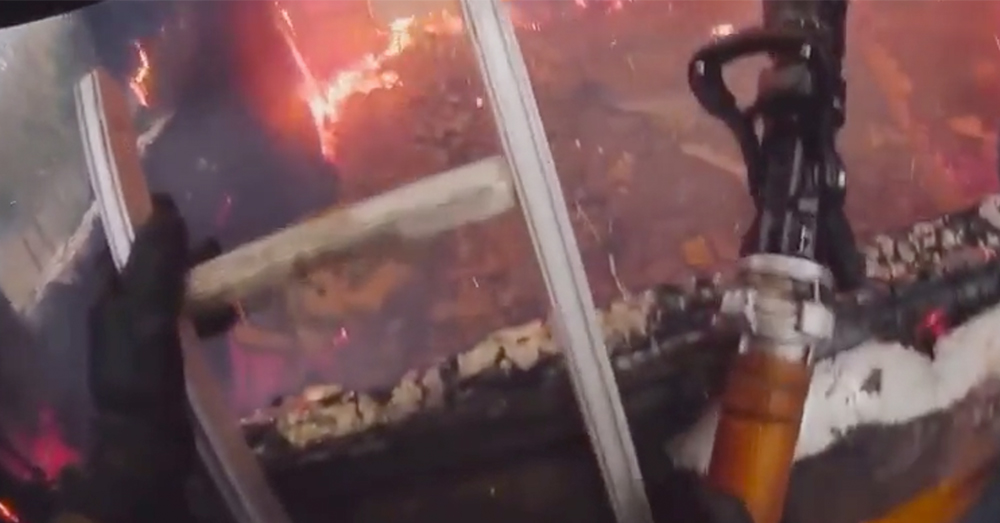 Source: Reddit/u/thorr26
All in a day’s work for this firefighter.

It’s unclear if this was a real emergency call or a training exercise. Either way, it’s a thrilling look into the life of a firefighter. See for yourself in the video below.

What It Costs for American to Go to War

Frugal Man Explains the Financial Virtues of Riding a Bike to...