Massive swathes of the western United States are ablaze, exacerbated by the preceding heatwave that turned vulnerable forests into accelerant for the worst forest fires in recent history.

At least a dozen people have been killed in the fires that now cover California, Oregon and Washington.

Largest Fires Ever Blaze in California 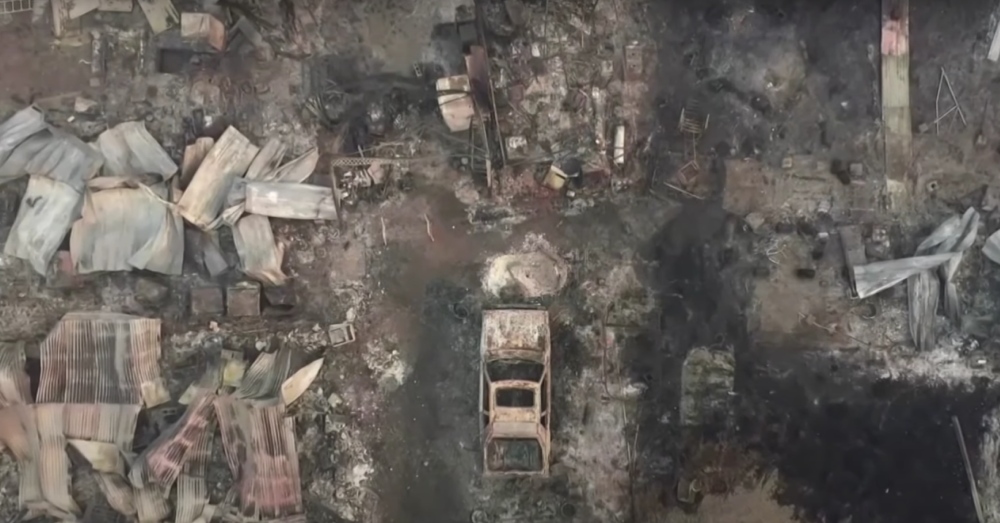 Source: YouTube/Reuters
Wildfires have burned hundreds of square miles in the western U.S.

The August Complex Fire was started by natural causes when lightning struck on Aug. 17. It grew rapidly throughout the following weeks, and how now consumed at least 736 square miles in fire.

At least 10 have died from the fires in California since they began in August. 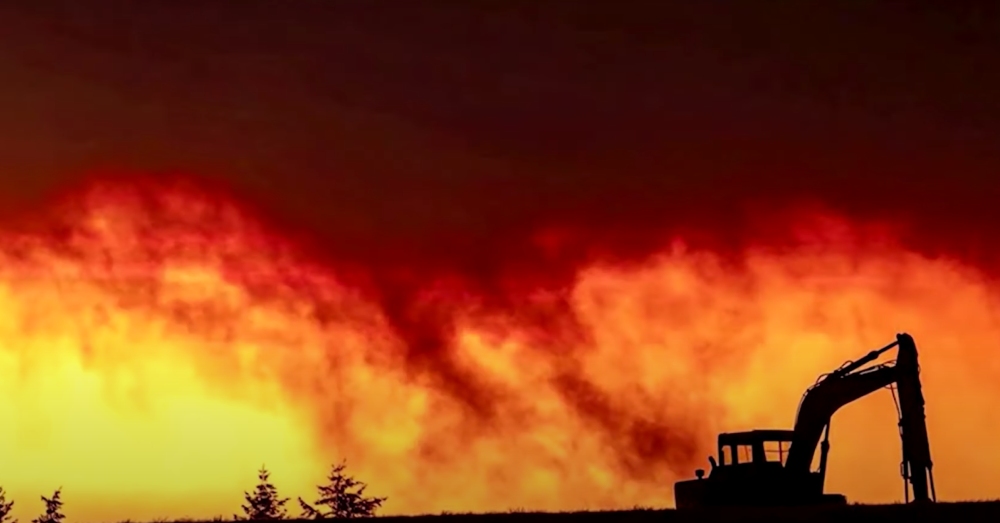 Source: YouTube/Reuters
So far, at least 10 have died in the fires.

Oregon is ablaze with wildfire

According to CNN and the state of Oregon’s office of emergency management, 48 active wildfires in the state have so far burned more than 470,000 acres. The Beach Creek Fire, started on Aug. 16, is the largest of the fires, having burned 207 square miles and counting.

The last 36 hours in Oregon from r/gifs

Mayor Ted Wheeler signed a Declaration of Emergency for the city of Portland, urging residents to evacuate, and making critical resources available to those who cannot. 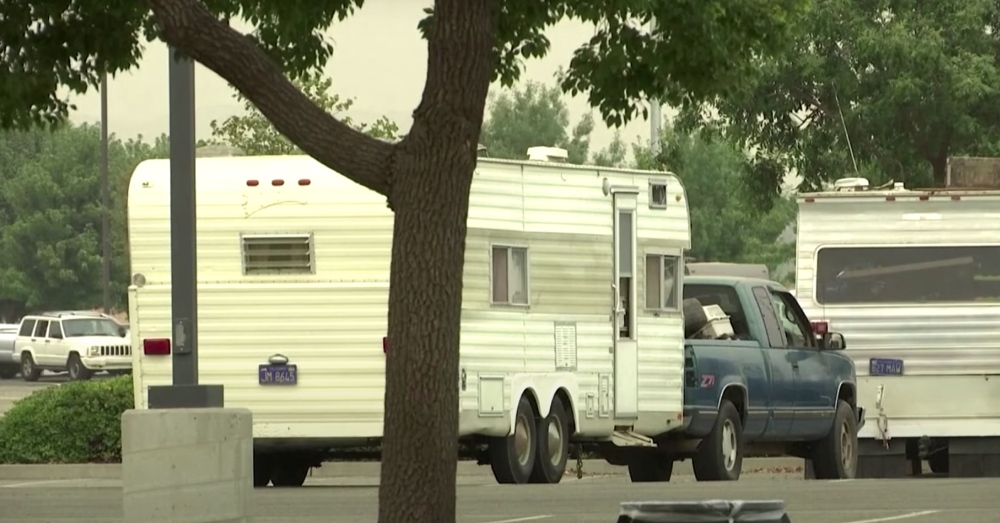 Source: YouTube/Reuters
Many have evacuated their homes as the fires worsen.

Oregon Gov. Kate Brown in a press conference told the public that the unprecedented fires were causing “significant damage and devastating consequences across the entire state.

“Early reports indicate that the towns of Detroit in central Oregon, Blue River and Vida in Lane County, and Phoenix and Talent in Southern Oregon, are substantially destroyed,” she said.

On Labor Day alone, an estimated 330,000 acres in Washington burned, including forests and entire communities.

According to KREM-TV, 1-year-old Uriel Hyland became one of the first victims in the state when he and his parents attempted to escape the Cold Springs Fire in Okanogan County, about 125 miles northeast of Seattle. 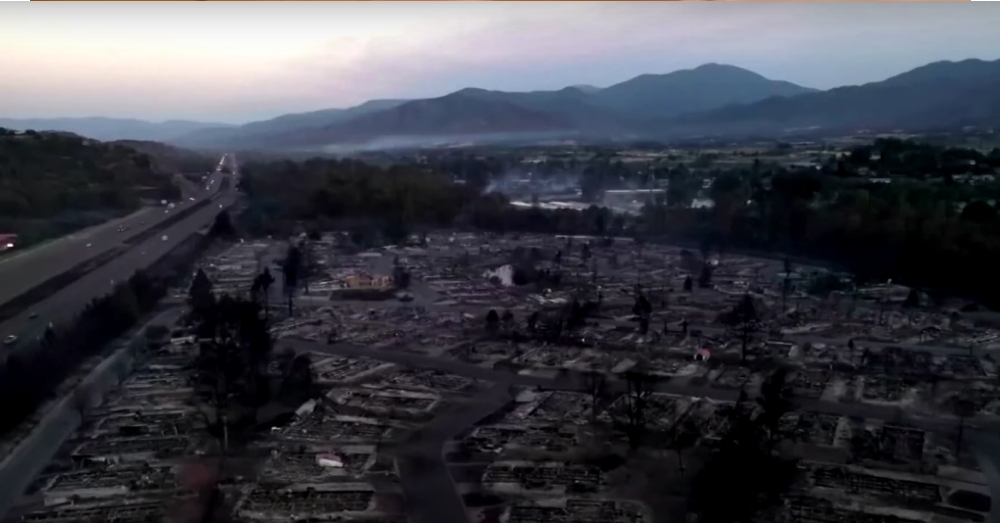 The family was found by rescue personnel at around 10 a.m. Wednesday near the Columbia River. Parents Jacob Hyland, 31, and Jamie Hyland, 26, were airlifted to a burn center in Seattle. By that time, Uriel had died from injuries sustained in the fire.

“This is an unprecedented and heartbreaking event,” Washington Gov. Jay Inslee said in a press conference the day after.

“We’re living in a new world — this is not the old Washington,” Inslee continued.“A fire that you might’ve seen that was going to be OK over time is not OK any more because the conditions are so dry and are so hot because the climate has changed. This is a new world in forest and grassland fires that we have to be willing to recognize and that’s why we are so sincere in our requests for people to help out in preventing these devastating losses.”

More than 48,000 square miles have burned in 2020. Low humidity and high temperatures brought on by climate change combined with strong winds coming in off the Pacific are making the fires difficult to fight. It’s possible these fires could get much worse before they get better.

Hundreds of residential homes have already burnt to the ground and the death toll continues to climb. GreaterGood.Org’s disaster response team is answering the call for help, but with resources split between simultaneous hurricane response efforts, critical food and emergency supplies are desperately needed.

We need your help today to provide support for families and pets affected by wildfires along the West Coast. Click the button below to meet that need and make a difference where it matters most.

URGENT: Help victims of fires along the West Coast.

Will you be a first responder? The American West is burning. California’s wildfire season is already the most severe in modern history. Over 2.5 million acres have burned in California alone.

We need your help today to provide support for families and pets affected by wildfires along the West Coast. Can you rush aid to help today? Funds raised will go towards GreaterGood.org’s 2020 Disaster Fund.

Help us stay the course until affected families and communities are fully healed, rebuilt, and resilient.

Images Of Eerie Red Skies Send An Unsettling Warning That The Western U.S. Is On Fire: Click “Next” below!