The United States Marine-Navy Hospital Corpsman relationship goes back over 100 years. There is no other relationship quite like it.

This relationship is charged by a special commitment to one another that is built on mutual trust, respect and courage. Fleet Marine Force (FMF) Corpsmen go everywhere their Marine Corps brothers and sisters go. This partnership embodies the phrase, “I’ve got your six,” like no other. 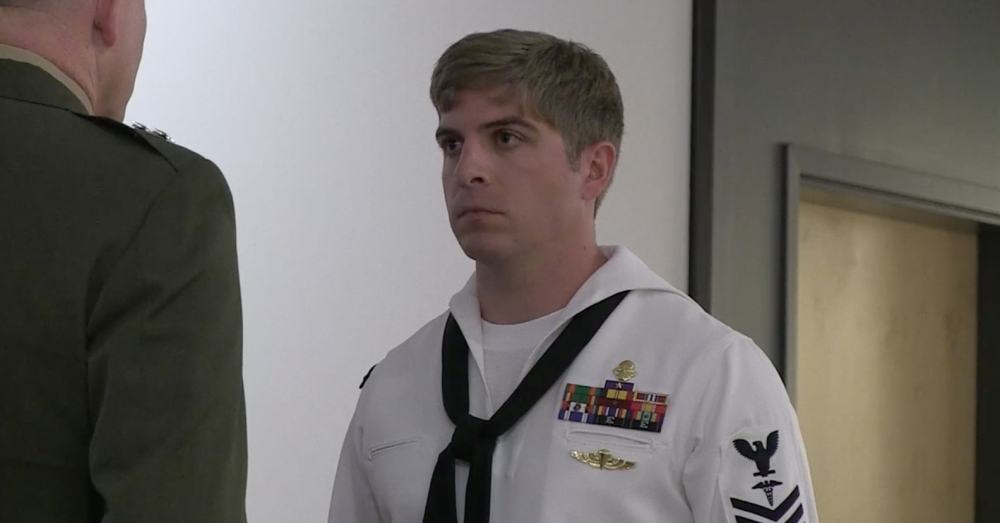 Kevin Baskin graduated from high school in his hometown of Sellersville, Pennsylvania, in 2005. Upon graduating he entered the United States Navy and after boot camp entered Hospital Corps School training. He then was assigned to the Fleet Marine Forces Field Medical Training Battalion at Camp Pendleton, California. While there his recognized skills caused him to be selected for the unique Special Amphibious Reconnaissance training program.

Upon completion of the Special Amphibious Recon training program Baskin was deployed for his first deployment to Afghanistan with the 2nd Marine Special Operations Battalion. He was there for five months before he was severely wounded by shrapnel and was medically evacuated. 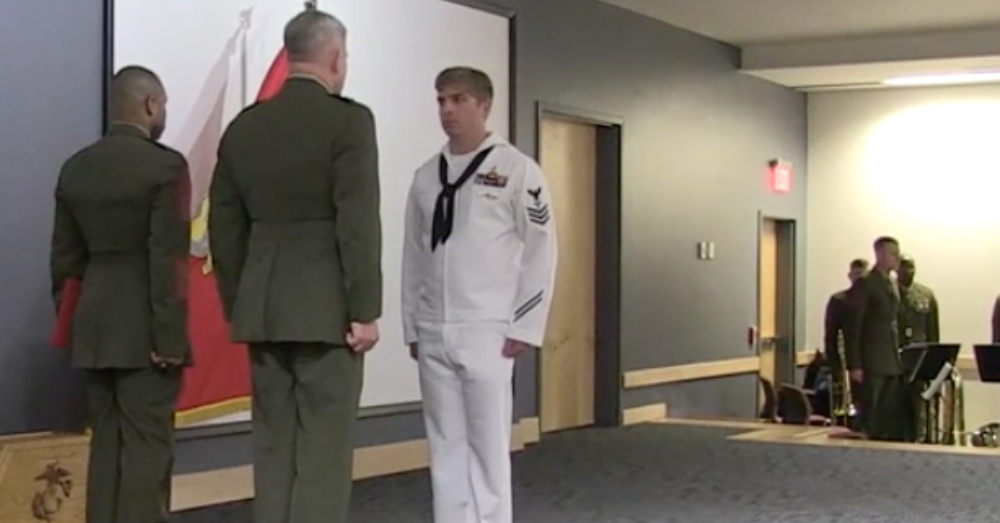 Baskin spent time in recovery at the Bethesda Naval Hospital, but was eager to get back with his Marines. After recovery, he was sent to a six-month long Amphibious Independent Duty Corpsman course for more advanced medical training. He was again reassigned to the 2nd Marine Special Operations Battalion for his second deployment to Afghanistan in 2013.

On April 25, Baskin and his team of Marines and Afghan partners were caught up in an L-shaped ambush near the village of Kushe. It started with sporadic enemy fire, but it quickly became more and more intense. 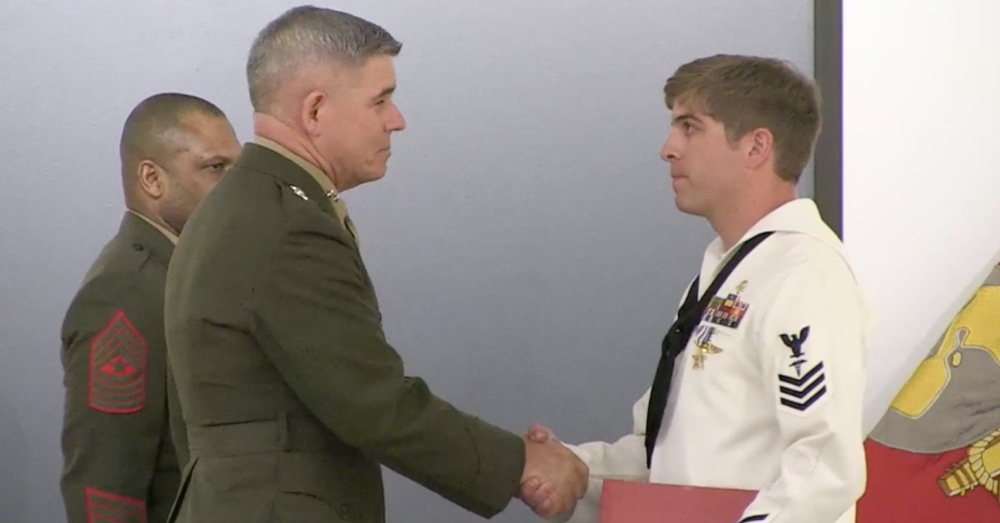 Source: Marine Forces, Special Operations Command
Even after being shot himself, Baskin continued to look after his fellow troops.

The enemy fire was coming from two directions. A Marine from Baskin’s team with a mortar started putting mortar rounds down range at one of the enemy positions. The Marines and Afghan partners were behind the walls of a cemetery. The Marine with the mortar moved another 50 meters ahead to get a better position behind another wall. When he looked up to see where to fire, he was hit by an enemy bullet and fell.

Immediately the call, “Corpsman Up!” was heard and HM2 Baskin ran forward without hesitation to help his Marine brother. 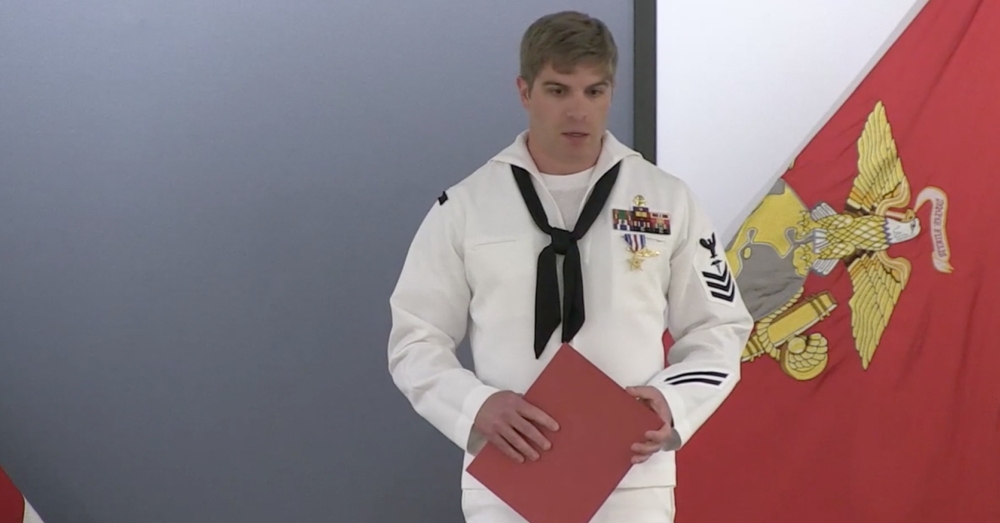 Source: Marine Forces, Special Operations Command
The Marine and Navy Corpsman embodies the the phrase, “I’ve got your six,” like no other.

Baskin had to run through the heavy enemy fire to get to the Marine. Upon arriving with the wounded man, he stabilized the injury and, while still under intense enemy fire, he was able to get his Marine back out of the kill zone and load him into a medevac vehicle.

Then, one of the Afghan partners was wounded and Doc Baskin again ran through a gauntlet of enemy fire to get to that wounded man. While he was treating the man he was shot in the back by the enemy, but he continued to carry on with his work and then was able to pull that man to a safer position. He continued to care for two other wounded men while also directing the strategic evacuation of the wounded, all the time refusing treatment for his own wound. He then laid down some intense suppressive fire of his own until all of the men were able to get out of the kill zone. 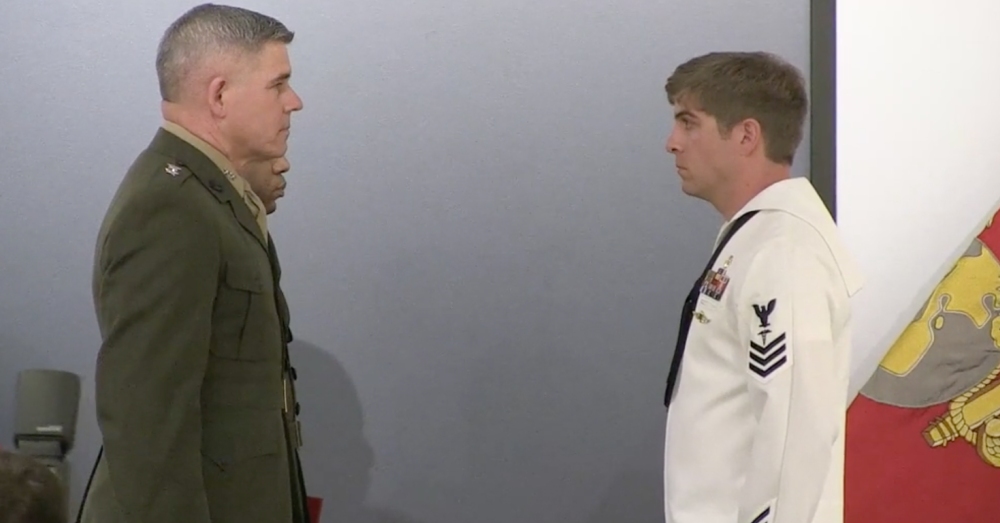 You will see Baskin’s award ceremony in this video. He accepted the Silver Star on behalf of the men he was serving with and those who continue to serve.

He said, “I am proud to be receiving an award like this. I felt I was just doing my job…what anyone else would have done if put into the situation. It’s a very surreal feeling.”

The Veterans Site send its deepest respect and thanks to now HM1 Kevin Baskin for his actions on behalf of his Marines and their Afghan battle partners on April 25, 2013. You are yet another example of the noble MOS of Hospital Corpsman, the most decorated MOS in the United States Navy.

When You Can’t Afford Your Electric Bill