At least 200 are safe from the Creek Fire after rescue crews in military helicopters airlifted visitors out of Mammoth Pool in Sierra National Forest.

Dennis Drake, one of those rescued, remembers seeing the fire in the distance.

But the fire was moving fast, and before long it surrounded the national park visitors, concentrating them at the Mammoth Pool reservoir between Fresno and Madera counties. 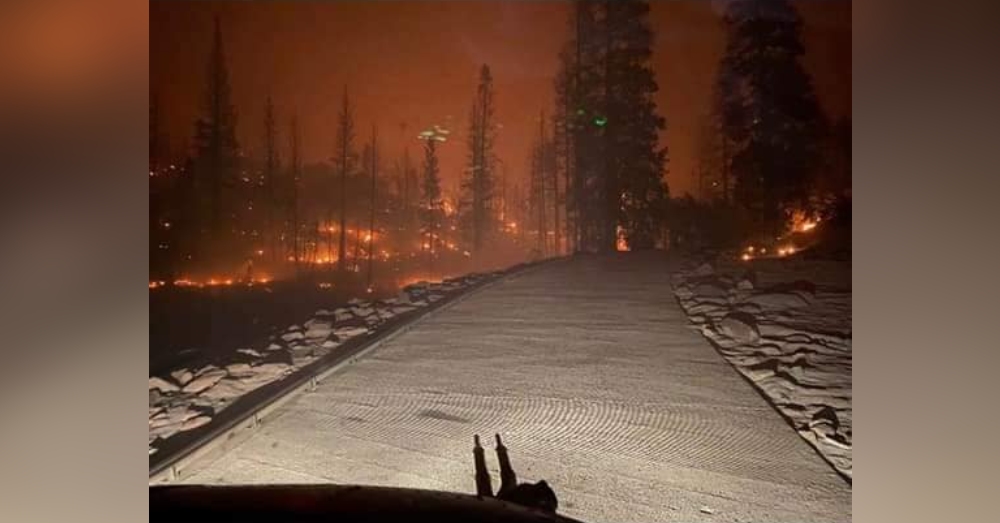 Source: Facebook/California National Guard
The Creek Fire has burned more than 220,000 acres and is not even fully contained.

By the time it reached the reservoir, the Creek Fire had already destroyed more than 73,000 acres of California wilderness and residential areas. For the few hundred who remained near Mammoth Pool, the outlook seemed grim.

“There’s fires on both sides of us, we have no protection,” Drake recalls.

The reservoir was low after a hot dry summer, but there was still enough water to keep people safe from the fire, for a short while at least. 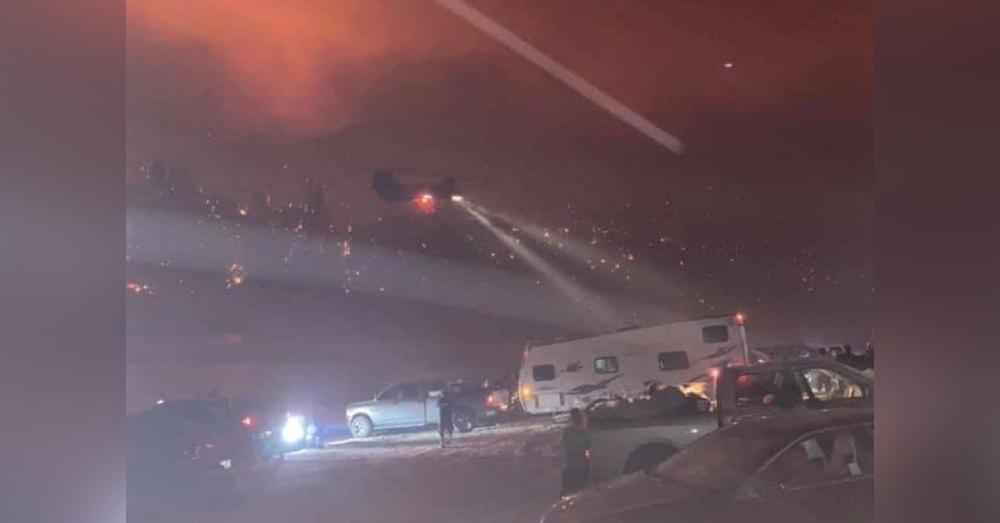 As the fire consumed the forest surrounding the reservoir and the black smoke grew thicker, hope was all but lost.

That’s when the faint sound of helicopter rotors could be heard over the roar of the blaze. Helicopters from the Air National Guard were mobilized to airlift the 200 park visitors to safety. In any other type of vehicle, the rescue just wouldn’t have worked. 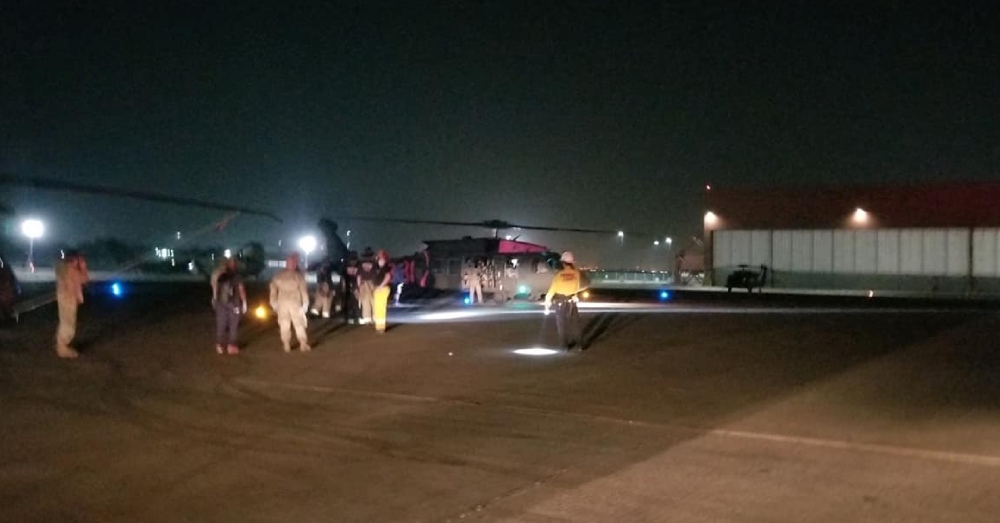 Source: Facebook/California National Guard
A Chinook and Black Hawk helicopter transported as many as 60 at a time.

“As you can imagine, the terrain up in that area is extremely rugged. A lot of trees, we don’t know where people are,” Colonel Dave Hall, Commander of the 40th Combat Aviation Brigade told KMPH.

Using night-vision goggles, the colonel and his tea were able to find people and keep them away from the hottest points of the fire amidst the blanket of thick black smoke.

The Chinook and Black Hawk helicopters were taking up to 60 passengers at a time, moving them to safety, and coming back for more. They left no one behind.

Col. Hall admits that the rides were a bit cramped, but the momentary discomfort was worth the risk.

“We do not like to operate that way, but because of the circumstances of this being an urgent situation threatening life, the pilots in command made the smart decision by loading them to get on the helicopter and loading as many as they could on that lift,” he said. 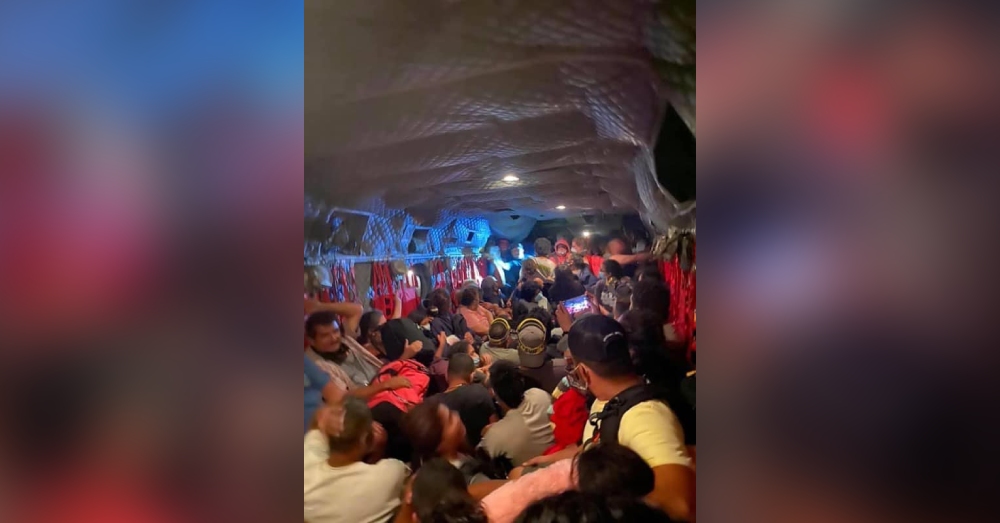 Source: Facebook/California National Guard
Frightened but grateful, the victims were transported to ambulances in Fresno.

The victims were airlifted to ambulances waiting in Fresno. Drake and many others who were rescued that day cannot thank the Air National Guard enough.

“They deserve respect. Absolutely, each and every one is heroes,” Drake said. “Everyone I saw, I shook their hand, thanked them. Mainly because of the fact if it wasn’t for them. I wouldn’t have made it out.”

The thanks is well-deserved.

“It motivates you to keep coming out and doing this,” Col. Hall said. “There’s a lot of value and satisfaction the crew members get.”

Hundreds of residential homes have already burnt to the ground and the death toll continues to climb. GreaterGood.Org’s disaster response team is answering the call for help, but with resources split between simultaneous hurricane response efforts, critical food and emergency supplies are desperately needed.

We need your help today to provide support for families and pets affected by wildfires along the West Coast. Click the button below to meet that need and make a difference where it matters most.

URGENT: Help victims of fires along the West Coast.

Will you be a first responder? The American West is burning. California’s wildfire season is already the most severe in modern history. Over 2.5 million acres have burned in California alone.

We need your help today to provide support for families and pets affected by wildfires along the West Coast. Can you rush aid to help today? Funds raised will go towards GreaterGood.org’s 2020 Disaster Fund.

Help us stay the course until affected families and communities are fully healed, rebuilt, and resilient.

Catchy Song “Quarantine” Reminds Us To Do Our Part While Making...