The Tet Offensive began in late January of 1968 with the siege at Khe Sanh. Then, on Jan. 31 the Battle for the city of Hue began. But the North Vietnamese offensive struck all over the entire length of South Vietnam. It was a major test of the resolve of the South Vietnamese government and the U.S. military against a determined and motivated enemy.

As you will see and hear in this video, the North Vietnamese had planned these efforts for months in advance and with a precision of detail that was, at first, disconcerting and challenging to the allied forces, both ARVN and American.

Hue was one of the most challenging of all the North Vietnamese efforts. It would be the first, all-out, urban warfare experience for the Marines and Army units that were defending the ancient imperial city from the massive, well equipped NVA forces. The Marines had not trained for this kind of warfare scenario and had not fought in such circumstances since the Korean War. 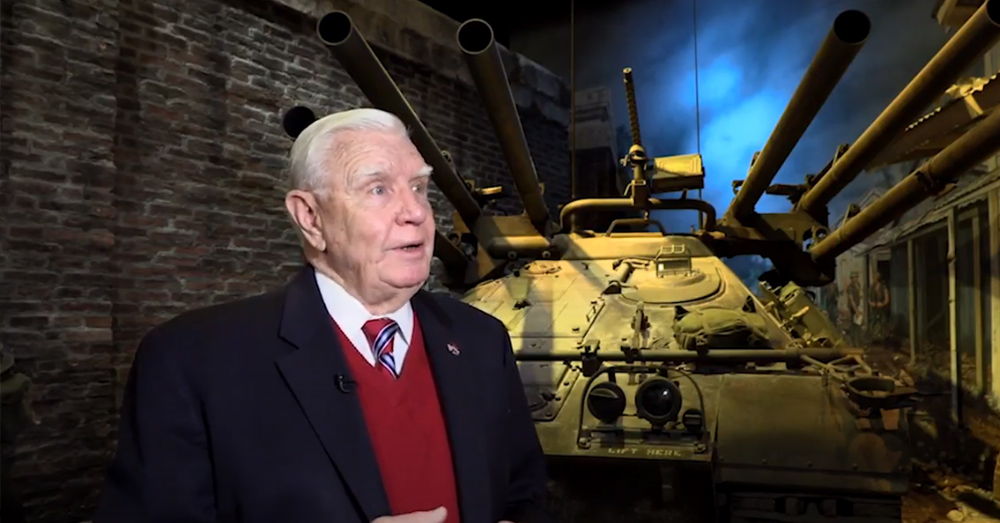 One of the Marine units that was called upon to reinforce the Marines at Hue when the battle broke out was Hotel Co. 2nd Bn, 5th Marines. They were brought up from an intense battle around the city of Phu Bai, several miles south of Hue. Hotel Company’s Company Commander was a young Captain by the name of Ron Christmas.

You will here the now retired Lt. General Christmas talk about what he and his Marines had to do, how they had to adapt instantly and creatively to the intense urban warfare environment they found themselves suddenly in. Christmas had to use whatever was available to him in order to adapt himself and his men to the fight. 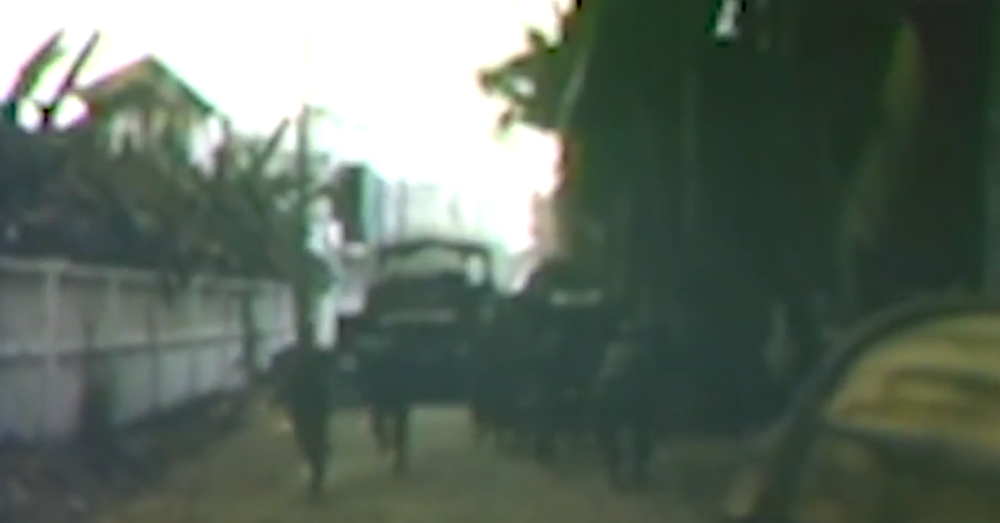 Source: YouTube/Military Times
Christmas served in the Marines during the Tet Offensive in Vietnam.

He will tell of three things he learned there about what one had to do to get control over that particular situation: 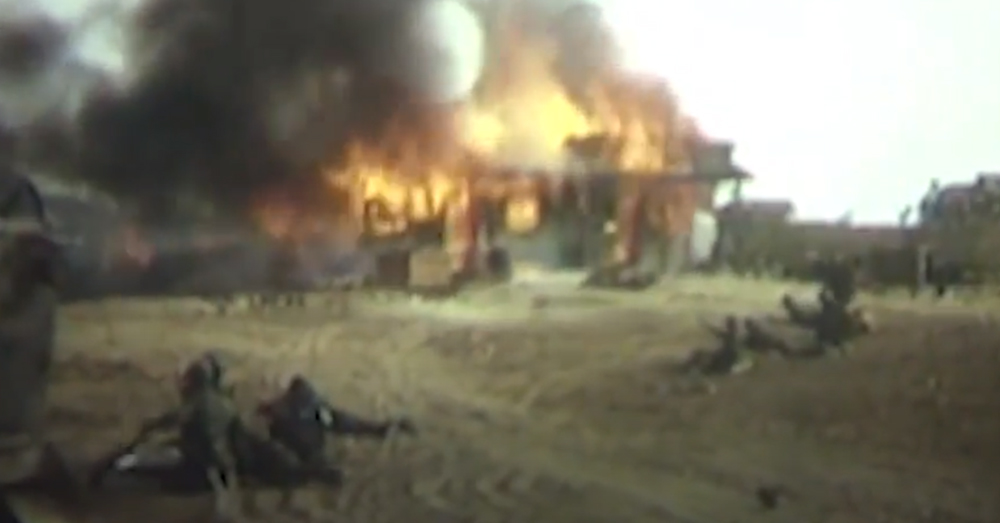 Source: YouTube/Military Times
The battle for Hue City was challenging and bloody.

Here is what he did that earned him the Navy Cross:

“On the afternoon of 5 February, his H Company was attacking a complex of buildings known to be an enemy strong point consisting of mutually supporting bunkers, fighting holes, and trench lines. During the ensuing fire fight, two platoons seized the corner building of a city block, but intense hostile small arms, automatic weapons, and B-40 rocket fire temporarily halted the advance…

Captain Christmas, undaunted by the heavy volume of enemy fire, completely disregarded his own safety as he moved across thirty-five meters of open area to join the lead element and assess the situation. Returning across the fire-swept area, he rejoined the remaining platoon, issued and attack order, and then ran seventy meters across open terrain, ignoring automatic weapons fire, and satchel charges striking around him to reach a tank he had requested…

He fearlessly stood atop the vehicle to direct accurate fire against the hostile positions until the intensity of enemy fire diminished. Realizing a tactical advantage he immediately left the tank and directed his company in an aggressive assault on those hostile positions, personally leading his men in room-to-room fighting until the building complex was secured. His bold initiative and courageous actions, provided the impetus which inspired his men to aggressive action and enabled them to accomplish their mission.” 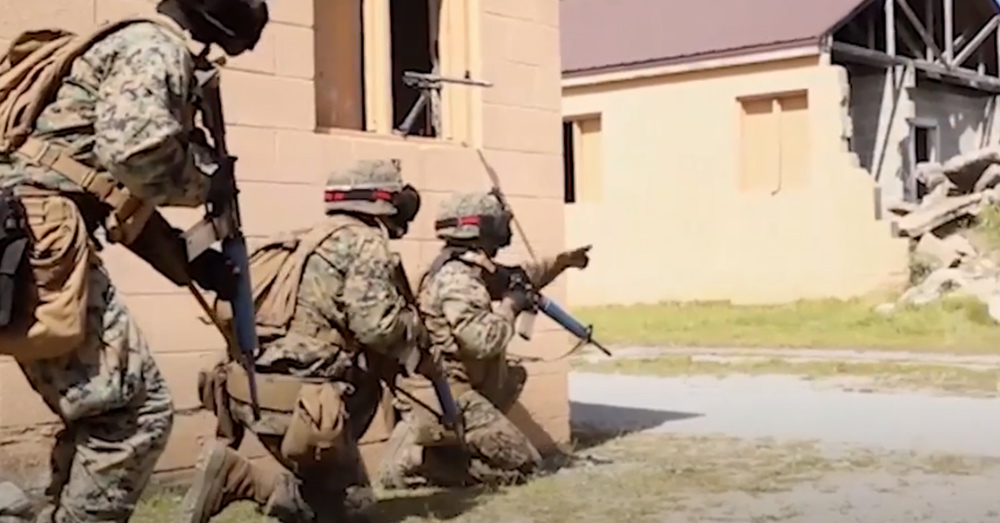 For his actions that day, he was awarded the Navy Cross. Capt. Christmas would later be seriously wounded in the continuing battle to retake Hue from the enemy. He was evacuated to the Philadelphia Naval Hospital where he would recover from his wounds and go on to a long and storied career in the Marine Corps. He would retire as a Lt. General.

The Veterans Site honors the courage and the creative, adaptive and imaginative leadership then Captain George Ronald Christmas brought to his equally courageous men of Hotel Co. 2/5 during the fierce and ultimate victorious urban Battle for Hue City through the month of February 1968.

You and your H Co. 2/5 Marines honored and have become part of the long and noble history of the United States Marine Corps. OoRah! Semper Fi!

Air National Guard Mobilized To Rescue 200 Trapped By Fires In Sierra National Forest: Click “Next” below!

Hazards of Paying the Minimum Payment on Your Credit Card